They Have Large Eyes and Can See In All Directions 2013 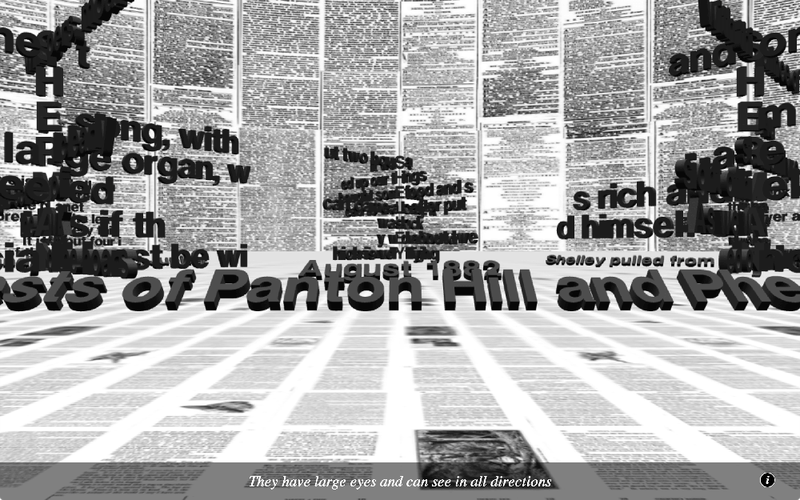 They Have Large Eyes and Can See In All Directions is a reinterpretation of texts mixed with extracts from books on psychometry written by William Denton and diaries written by his sons concerning their experiences in Melbourne in August 1882.

Sherman and Shelley went collecting skins in Panton Hill and Pheasant Creek while William remained in the city to speak at Spiritualist meetings.

Due to speed and memory issues in the original release, this version is being refactored to remove unnecessary libraries and to update the required libraries. Furthermore, code is being rewritten to make the poem load faster and to indicate to the reader that the poem is loading.

This version is an initial implementation of They Have Large Eyes and Can See In All Directions and is slow to load. In its construction I have used three.js, JQuery and code from Tony Parisi’s WebGL: Up and Running. It works in most WebGL enabled browsers.