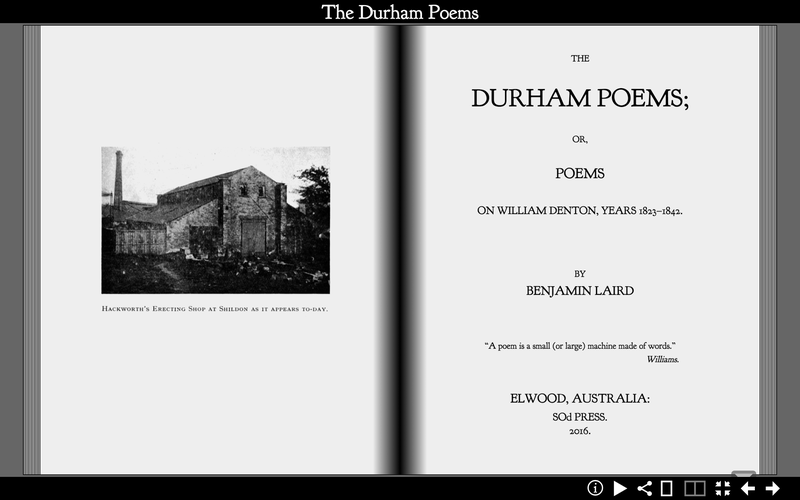 The Durham Poems are a collection of poems concerning William Denton’s childhood and youth, specifically the years 1823 to 1842, in the county of Durham, UK. William Denton was born in Darlington and spent his early working life in Darlington and Shildon, working a number of jobs and apprenticeships, first as a currier when he was eleven and from the age of fourteen as a machinist in Timothy Hackworth’s workshop.

It was also during this period that Denton proselytised on a range of topics including temperance and religion. He kept drafts of these speeches in his early journals along with his mathematics notes for his machinist apprenticeship.

On each reading of the chapbook 15 poems are selected from a list of 23 and each poem is assembled randomly. The reader can drag the poems to alter the way they are read. Additionally, the chapbook can be added as a web app to the home screen of mobile devices. To write/build the poems I used the D3 JavaScript library and Google Maps API for location lookup. The source texts used for the poems are referenced in the acknowledgements. Published by SOd Press.